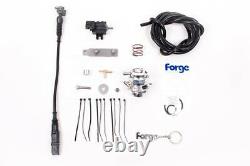 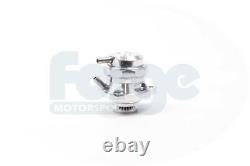 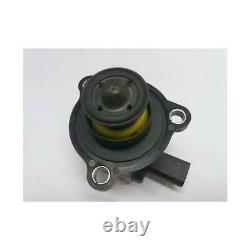 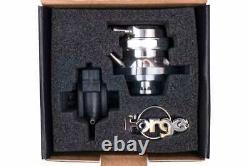 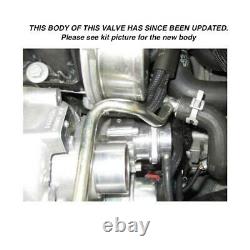 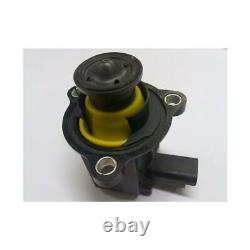 Peugeot 208 GTI Forge Motorsport Performance Recirculation Valve and Kit. Brand New Genuine Forge Motorsport Performance Parts and Accessories. Designed specifically for the BMW/Peugeot N18 engines, (Cooper S 2011 onwards, JCW Cooper S 2013 onwards, R58 Coupe 2012 onwards, Peugeot 208 GTi late 2012 onwards includes the Sport model, RCZ THP 156 & 200 2011 onwards). This product is either recommended where the boost pressure has been increased by an ECU software upgrade or simply as a solution to the many failures that have occurred. The most common complaint on the OEM solenoid valve is a split diaphragm preventing the valve from opening fully, or not at all.

This doesnt always result in a check engine light as the valve can still be blown open by the boost pressure. Forge have seen many valves with this problem. The other problem is that diaphragm retaining ring is made from very thin plastic that goes brittle with heat cycles, and eventually fails.

This prevents the diaphragm from sealing with the same problems as mentioned above. This particular failure also results in the valve falling apart upon removal from the turbo, though in extreme cases bits of plastic can enter the turbo and destroy it. Forge's alternative is a fully engineered solution offering both significantly improved reliability.

Forge's valve is piston based, with no diaphragm to fail, and of all aluminium construction, it replaces the original unit with a pressure/vacuum operated piston valve that still also retains the desirable OEM ECU control over valve actuation. The valve has been proved on the VAG scene for many years. The spring is interchangeable for different levels of boost, and the solenoid is plug and play with the wiring harness which is included. 1 x Solenoid, Bracket, and Screws. 1 x M6 x 30 Hex Head Bolt. 1 x M6 Penny Washer. 1 x M6 Nyloc Nut. 1 x Uprated Red Spring. 1 x 5mm T Piece. 1 x 2000mm Length of 4mm Vac Hose. 1 x Forge Keyring and Sticker. FMDVR60R Recirc Valve N18 Engines Cooper S 2011 On, JCW Cooper S 2013 onwards FMDVMCS Blow Off Adaptor Plate For 2007/8 Cooper S Turbo only. FMDVR60A Blow Off Valve N18 Engines Cooper S 2011 On, JCW Cooper S 2013 onwards. This product is available in machined alloy finish only. We recommend all parts are fitted by a qualified mechanic to ensure the correct fitment, though this kit does include fitting instructions.

See our shop for other Forge products plus 1000s more Performance Parts. You can see Part Werx legacy feedback via the old part werx profile. Made with in Great Britain.

Template Managed & Developed by Dev VIP. The item "Peugeot 208 GTI Forge Motorsport Performance Recirculation Valve and Kit" is in sale since Sunday, October 25, 2020. This item is in the category "Vehicle Parts & Accessories\Car Tuning & Styling\Air Intake & Induction\Dump, Bypass & Blow-Off Valves". The seller is "vw-parts-international" and is located in UK.